MMOG currencies was first introduced from the popular game EverQuest (EQ) with their  currency  “platinum”, also known as “plat”. Since the first pioneers of selling plats on Ebay, many have argued and frowned upon those that have ever purchased plats online. I recall many players harassing others with foul names such as “newb” and “ebayer”. It has been over 5 years that everyone has been arguing whether the secondary market of trading MMOG money would ever be accepted.

Since the introduction EverQuest platinum there were probably more than 70% of players that wouldn’t even consider purchasing plats and discriminated against those who did. As of today, the numbers have been reduced extraordinarily. About 40% of the players now purchase currencies, 30% still disliking the idea and 30% of the other players probably does not care too much and may purchase some them selves in the near future.

Although online game currency is still a new trend to the online gaming community, it is getting popular at a very hasty rate. Within the end of 2010, I believe even the publishers themselves will support the foundation of the secondary market. Sony Online Entertainment (SOE) have now begun their own EverQuest 2 gold  auction system and planning to start a new MMORPG in which they intend to sell currencies and items themselves. With their support, I’m sure the secondary market will be accepted over a period of time.

The secondary market is only as successful as the primary. With the release of World of Warcraft (WoW), there are now more than 4.5 million subscribers. A vast majority of those players are probably new to the MMORPG world. A large increase of subscribers means alot more potential for the secondary market. So far, WoW gold has been the hottest seller of the year and perhaps a few more years down the road.

With the huge demand on, many players have even started a career  in which they collect money, items and other virutal assets and sell them to   players or to stores who may buy them at wholesale price and resell it back to individuals.

The secondary market one day may even be bigger than the primary. Many gamers of today probably spend more on buying currencies, items and equipments than their subscription fee. The publishers themselves can’t even deny the fact that there are lots of money to be made in the secondary market that over a vast period of time I’m sure they will be  selling their virtual assets themselves. As for whether the players will support it or not, I believe is just a matter of time before acceptance, of course there will always be a few who will dislike the idea.

Currency trading is the largest market on the planet. It is estimated that in excess of US$2 trillion is traded every day. Compare this to the New York Stock Exchange’s daily transactions of approximately US$50 billion, and you can see that the magnitude of the currency trading market exceeds all other equity markets in the world combined. The practice of currency trading is also commonly referred to as foreign exchange, Forex, or FX, for short.

All currency has a value relative to other currencies on the planet. Currency trading uses the purchase and sale of large quantities of currency to leverage the shifts in relative value into profit. 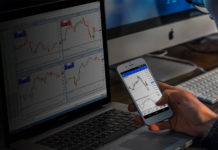 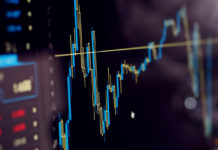 Forex Learning To Read Charts And Make Your Profits Explode

What Are the Hidden Odds of Trading

What is Pepperstone? Pepperstone Brokers Review Pros and Cons (All Data)